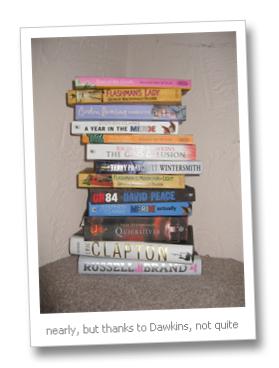 The mission was to read 13 books in the first quarter of the year, which for the mathematically astute amongst you would boil down to a book per week.  I was in the middle of reading my 13th book [ The bastarding God Delusion ] when the month of April arrived.  For those of you that have read Dawkins’ masterpiece you’ll know why I struggled.

So in no particular order, the 13 books completed by 8th April were…