So a while ago, in a fit of mild craziness I decided it was a good idea to buy a parachute on the internet. I bought it to make shelters and just generally mess around with in the garden rather than trying to jump off the roof of the house or anything.

The first attempt at making a shelter from it was very impressive but ultimately a bit crap since it didn’t give any protection from the wind or the rain. 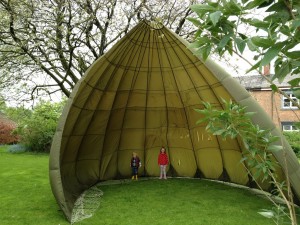 Fortunately Aggy was up for the weekend so between the two of us ( after much discussion, tea and pondering ) we came up with version 2 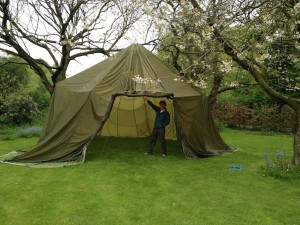 It took us a couple of hours to put it up and peg it out and a large part of that was trying to untangle the para-cord that Aggy managed to make a mess of when he threw the spindle over a branch and the end of the spindle fell off and all the para-cord spilled off into a horrendous knot.

Next time it goes up it should take about 20mins to just put up and peg out.

When it came to taking it down and storing it I decided that the plastic bag it’s been living in for the past couple of months really wasn’t too good. Fortunately it fits perfectly into my dry-bag. 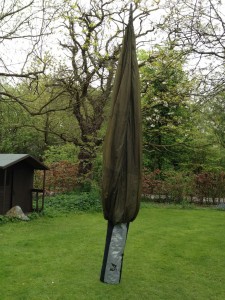 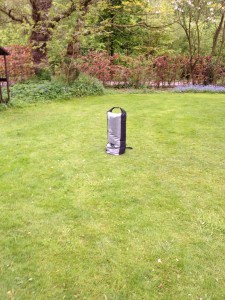 In occasional fits of craziness I scoot up to the Lakes and rip animals apart and eat them [ Autumn 2009 ] and the past Bank Holiday Weekend was an occasional fit of craziness. Last time I headed up there I took a pop up tent with me and I don’t think people took me seriously, so this time I took a hammock and tarp… 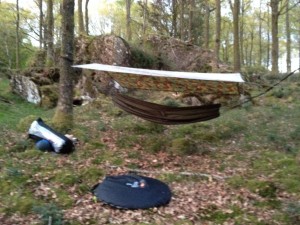 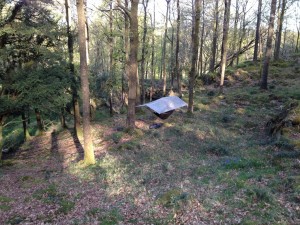 Breakfast on day 1 was Langoustines. Basically you whip out your bush knife and sharpen a stick at both ends. One end of the stick gets pushed through the Langoustines face and the other end gets shoved into the ground near a fire which generates the following results… 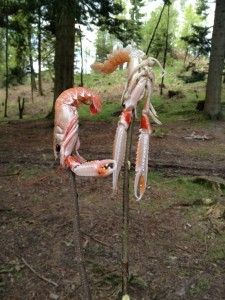 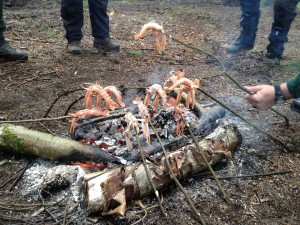 Lunchtime of Day 1 was a choice of Lobster, Crab or Plaice. The Plaice was already dead, not much fun in that, so I opted for a Lobster. Drove my knife through its brain and lobbed it on the fire. Tasted goooood. 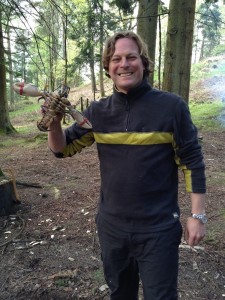 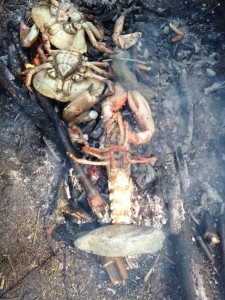 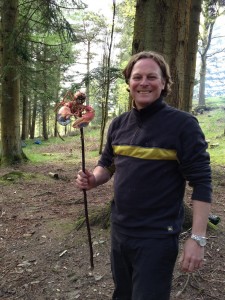 The rest of Day 1 was just a blur of Lobster Bisque, Lobster and Crab Thermidor, Fish parcels cooked in an underground oven made by heating rocks in a fire and collapsing it into the ground. Fun fun fun….until I had to get into my freezing cold hammock again. A foolish sense of manliness prevented me from putting up my popup tent and actually being warm, and you know, comfortable.

Day 2 started with Rare Breed Bacon and a baked in the fire Bannock.

The afternoon was spent ponassing a fresh trout which basically involves taking the head, tail and spine out of the trout. Splaying it between a split stick with some other sticks holding it open and ….yeah you guessed…sticking it next to a fire to cook for a while.